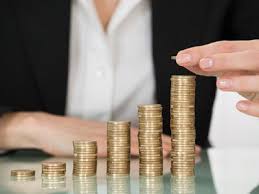 If you’re recruiting into the business or find you’re losing people to similar jobs outside for higher pay, this is the right time to look at the rates you’re paying.

Maybe you’ve had to recruit in at a higher salary than your existing people doing the same job? – or you can see that you’ll need to, in order to secure the right person?


This is a good opportunity to even things out so all your people are being paid the market rate for the job, a rate that reflects their level of skills and value to the business.  Or just imagine how your most skilled long serving person would feel if they find out you’ve recruited someone with less experience into the same job and paid a few thousand more!  Resentment and resignation are likely to follow.  Pay may not be a motivator, but it can certainly be a demotivator!
Plus, awarding a salary increase before and not after a valuable employee finds another job paying a lot more and hands in their notice has to be so much better in terms of the psychological contract.  You don’t want to try managing the expectations of an employee who’s been given the impression they have the power to negotiate their pay.....
There’s evidence that workers are increasingly prepared to quit their job without first securing a better position, indicating that there’s a high degree of confidence that other work is out there.
And there is: there are almost 750,000 vacancies available, one of the highest numbers on record, and unemployment is at its lowest for 11 years.  It may mean you face pressure this year as an employer to pay more to gain and keep the staff you need.
More pressure on pay may come from inflation.  At a time of rising prices it’s likely there will be pressure from households demanding more pay to maintain their living standards.  The inflation rate is already picking up from its current 1.6% and could hit 3% or more by the end of the year, caused in large part by the fall in the value of the pound pushing up the price of imported goods.  It means the same take-home pay will buy less.
Of course affordability for the business is the first consideration with pay increases.

Costs for businesses are on the rise, with the effect of exchange rates and increased business rates – and average employment costs are rising this year too for most UK employers. Employers with payrolls over £3million will be paying 0.5% of their wage bill as apprenticeship levy from April, minimum wage rates increase a little, and pension auto enrolment with its mandatory 1% contribution will be rolled out to the smallest and newest employers.
So it’s likely that this year, to offset the extra costs for employers, average increases will fall despite the pressures of inflation on take-home pay.   Most pay awards during 2016 were in the 1% to 3% range, and in the 3 months up to January 2017 they were 2.7%.  Average increases are predicted to fall to 2.2% this year.
But it’s likely there will be higher pay increases for staff in specific jobs or industries where there are skill shortages, where employers will have to pay a premium to recruit from outside.  And where existing staff will find it relatively easy to find other jobs paying more.


The Human Resource will be pleased to advise your business on pay policy, bonus schemes, benchmarking and salary review.  Contact us today on 07884 475303 or enquiries@thehr.co.uk for a free informal discussion.
Posted by Unknown at 07:21