Are your freelancers part of the sham self-employed? 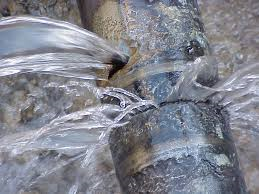 
Plenty of small businesses use freelancers to give them flexibility in meeting customer demand without the legal obligations and responsibilities of having employees.  The freelancer pays their own tax, and doesn’t have to be offered a set number of hours a week.
But here’s a sorry tale where this has worked out very expensive for a plumbing business.  And it’s now likely that similar arrangements will have to be reviewed carefully.
A plumber, Gary Smith, had signed an agreement with his company Pimlico Plumbers Ltd where he was described as a “self-employed operative”.  The wording of the contract suggested that he was effectively running his own business, providing a service to Pimlico Plumbers.
However there were some indications in his contract that in reality, he wasn’t genuinely self-employed.  For example, he was required to wear Pimlico’s uniform displaying the company’s logo, use a van leased from Pimlico (with a GPS tracker and the company’s logo), and work a minimum number of weekly hours.
On the other hand, he could choose when he worked and which jobs he took, was required to provide his own tools and equipment, and handled his own tax and insurance.
All went smoothly for 6 years until Mr Smith suffered a heart attack and decided he wanted to reduce his working days from five days a week to three.  Pimlico Plumbers refused his request, took away the branded van and terminated its agreement with him!
Mr Smith has now successfully brought a claim for disability discrimination.  He argued that he was entitled to basic workers’ rights – and this includes protection against unlawful discrimination.
Pimlico Plumbers argued unsuccessfully that Mr Smith was an “independent contractor”, rather than a worker or an employee, and therefore had no claim.

The Employment Tribunal, looking at how Mr Smith worked in practice, found that he was a worker not self-employed.  Although he had registered as self-employed with HMRC and paid his own taxes, as far as employment rights are concerned the decision is that he should be legally classed as a worker because:
Why does this matter?  Because people legally categorised as workers have the same rights not to be discriminated against, to minimum wage, to paid annual leave and to rest breaks as employees, and depending on earnings, need to be included in pension auto enrolment.
So Mr Smith is now pursuing claims for disability discrimination and 6 years' arrears of holiday pay against Pimlico Plumbers...
But we need to make the distinction that workers aren’t the same as employees.  They don’t have the full range of protections given to employees, for example they aren't entitled to minimum notice periods, they aren't protected against unfair dismissal and they aren't entitled to redundancy pay.
General secretary of the TUC Frances O’Grady commented: “This case has exposed once again the growing problem of sham self-employment.  Unscrupulous bosses falsely claim their workers are self-employed to get out of paying the minimum wage and providing basics like paid holidays and rest breaks.”  Oh dear!


If you’re in doubt about whether your people are genuinely self-employed, or workers, or employees, contact The Human Resource today on 07884 475303 for expert advice.   We can give you confidence that the terms and practices applying to your workers and employees are all in order - so your business doesn't become the next Pimlico Plumbers!
Posted by Unknown at 08:26